If cold December gave you birth
The month of snow and ice and mirth
Place on your hand a Turquoise blue;
Success will bless whate’er you do.

The planet Jupiter and the sign of Sagittarius govern the month of December. December borns are philosophers, natural teachers, and classified in Divine Astrology as a Truth Seekers. They are also attracted to holistic healing and travel to foreign lands. They can be extremely organized and have a quick mind.

The birthstone of those born in December is the Turquoise stone. Turquoise is an opaque, light to dark blue or blue-green gem with its finest colour being an intense blue. Turquoise may contain narrow veins of other materials either isolated or as a network. They are usually black, brown, or yellowish-brown in colour. Known as the matrix, these veins of colour are sometimes in the form of an intricate pattern, called a spider web. The word Turquoise, which dates to the 17th century, is derived from the French word turques for “Turks”, because the mineral was first brought to Europe from Turkey, from mines in the historical Khorasan Province of Persia. Pliny the Elder referred to the mineral as callais and the Aztecs knew it as chalchihuitl. Turquoise was among the first gems to be mined, and while many historic sites have been depleted, some are still worked to this day. For at least 2,000 years, Iran, previously known as Persia in the West, has remained an important source of Turquoise which was named by Iranians initially “pirouzeh” meaning “victory” and later after Arab invasion “firouzeh”.Turquoise is among the oldest known gemstones and its popularity has spanned the globe for centuries. It graced the necks of Egyptian Pharaohs and adorned the ceremonial dress of early Native Americans. This beautiful robin’s egg blue gemstone has been attributed with healing powers, promoting the wearer’s status and wealth, protecting from evil and bringing good luck.

Turquoise is rare and valuable in finer grades and has been prized as a gem and ornamental stone for thousands of years owing to its unique hue. In recent times, Turquoise, like most other opaque gems, has been devalued by the introduction of treatments, imitations, and synthetics onto the market.

The finest of Turquoise reaches a maximum hardness of just under 6, or slightly more than window glass. The lustre of Turquoise is typically waxy to subvitreous, and transparency is usually opaque, but may be semitranslucent in thin sections. The colour is as variable as the mineral’s other properties, ranging from white to a powder blue to a sky blue, and from a blue-green to a yellowish green. The blue is attributed to idiochromatic copper while the green may be the result of either iron impurities (replacing aluminium) or dehydration.

The pastel shades of Turquoise have endeared it to many great cultures of antiquity. Despite being one of the oldest gems, Turquoise did not become important as an ornamental stone in the West until the 14th century, following a decline in the Roman Catholic Church’s influence which allowed the use of Turquoise in secular jewellery. It was apparently unknown in India until the Mughal period, and unknown in Japan until the 18th century. A common belief shared by many of these civilizations is that Turquoise possessed certain prophylactic qualities; it was thought to change colour with the wearer’s health and protect him or her from untoward forces.

Turquoise renders its impact through its definite colour, its crystalline structures along with other inherent properties and characters. Both the positive and negative personality traits get influenced by the birthstone.

Turquoise has the capacity to absorb negative feelings that is prone to December borns. It is also believed to treat infections of the throat and lungs, diseases of the teeth and gums, asthma and other breathing problems, and depressions.

Sagittarians are prone to pondering on thoughts and Turquoise helps to open the communicative faculty in them. It also enhances activeness by offering strength and regeneration in thoughts and behavior that get reflected in actions.

At Gehna, we have experimented aplenty with these brilliant gemstones and have produced results not short of remarkable to celebrate the Turquoise. Explore our online range of Turqouise Egyptian inspired necklaces, colour blocked earrings and much more. Should you feel inspired and want us to breathe life into your inspirations, meet with us and help us design and craft the perfect Turquoise jewellery for you.

Article Name
Gem Gossip – Turquoise
Description
The planet Jupiter and the sign of Sagittarius govern the month of December. December borns are philosophers, natural teachers, and classified in Divine Astrology as a Truth Seekers. They are also attracted to holistic healing and travel to foreign lands. They can be extremely organized and have a quick mind.
Author
Sunith Samdaria
Publisher Name
Gehna India
Publisher Logo 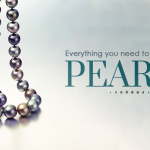 A Tell-all Guide on How to Style Gemstone Jewellery with Western Wear.
Legends and Lore Surrounding Emerald Jewelry
Myths and Legends That Surround the Blue Sapphire
Everything You Need to Know About Pearls
Gem Gossip – Pearl Jewelry